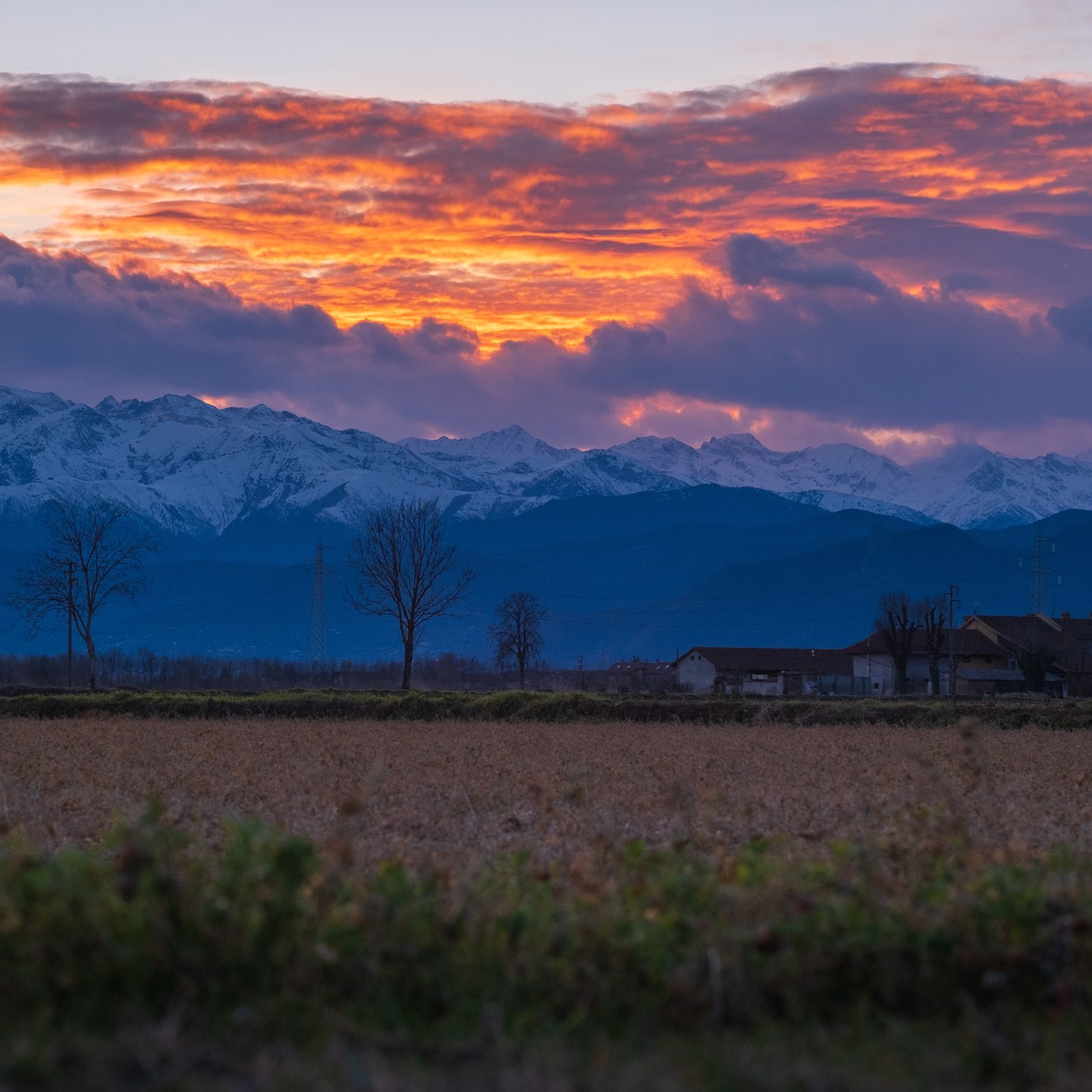 Bounded by the Alps on three sides, Piedmont borders with Auvergne-Rhône-Alpes and Provence-Alpes-Côte d’Azur, France, Ticino and Valais, Switzerland and the Italian regions of Lombardy, Liguria, Aosta Valley and for a tiny fragment with Emilia Romagna. Piedmont is the second largest of Italy’s 20 regions, after Sicily. It is broadly coincident with the upper part of the drainage basin of the river Po, which rises from the slopes of Monviso in the west of the region and is Italy’s largest river. The Po collects all the waters provided within the semicircle of mountains, which surround the area. The countryside is very diversified: from the rugged peaks of the massifs of Monte Rosa and of Gran Paradiso to the damp rice paddies of Vercelli and Novara, from the gentle hillsides of the Langhe and of Montferrat to the plains. 7.6% of Piedmont entire territory is considered a protected area.

Cuneo is set in a particular position, at the top of a narrow highland where the two fluvial valleys of Gesso River and Stura stream converge. Dating back to12th-century, the city owes its foundation to the creation of a post at the crossroads of towns; its territory extends from the Liguria coastline to the Alps. The highest part of the Cuneo plains is furrowed by the Stura stream, which flows from Cuneo to Saluzzo and Fossano, and includes the first slopes of the foothills of the Alpine valley. To the North and East, the confines of Cuneo hills and plains seem to fade, to join with other plains with the same physical features, among which the Stura area stands out. The territory’s farming history has left numerous traces and in particular significant farmsteads with the related interventions for farming activities (roads, canals), and cultivation of cereals grains, beans, hemp, fruit and mulberry. Fruit farming, situated in the northwestern sector, is an essential element of the landscape that covers the lands connecting the plain with the mountain slopes. A particular feature is the ongoing chestnut farming, especially for the production of the chestnut variety called “Our Lady’s Chestnut.” Today livestock breeding farms profoundly affect the territory. In contrast, the cultivation of corn still occupies a significant surface area, contributing to giving a sort of uniformity to the landscape and the agro-ecosystem.